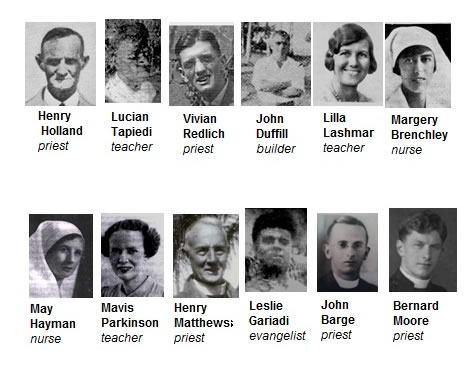 The 1942 Martyrs came from PNG, England and Australia, and were killed during the Japanese invasion of PNG. They were among over three hundred Anglicans, Roman Catholics, Lutherans and other church workers who lost their lives. 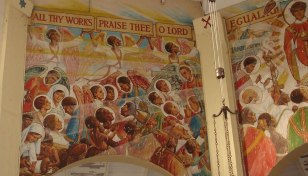 Their lives were recorded, together with the founders of our Church, in a painting on the sanctuary wall in Dogura Cathedral by Fr James Benson who survived in a Japanese prisoner of war camp. A statue of Lucian Tapiedi and other 20th century martyrs from around the world stands over the main door of Westminster Abbey in London. 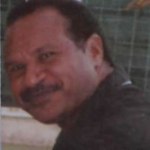 The 2003 MBH Martyrs were seven Melanesian Brothers who were murdered on or around 24th April on the weather coast of Guadalcanal in the Solomon Islands, by rebel leader Harold Keke. The S.I. Martyrs are: Nathaniel Sado, Francis Tofi, Tony Sirihi, Alfred Hill, Patteson Gatu, and Ini Paratabatu. The PNG Martyr is Robin Lindsay Umbude. They are commemorated in an icon kept in the Chapel of Saints & Martyrs of our Own Time in Canterbury Cathedral, England.