On 10th of August, 1891 – St Laurence’s Day – two priests – The Rev’d Albert Maclaren from England and The Rev’d Copland King from Australia – landed at Kieta near Wedau in Milne Bay Province, and built a bush materials chapel at Dogura.

From there, despite illness, hardship and many other setbacks, they and other missionaries began to preach the Good News in Papua. Famously, the corner post of that first bush chapel took root and grew into the Modawa Tree which is still there today, symbolising the growth of the Anglican Church in Papua New Guinea. 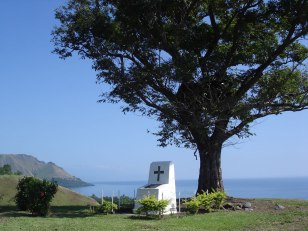 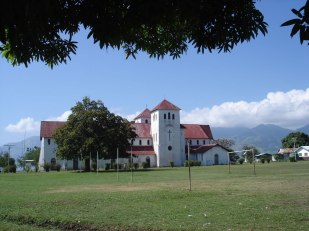 Dogura Cathedral
In 1894, The Rt Rev’d Montague Stone-Wigg became the first Bishop of New Guinea, and established mission stations along the northern Milne Bay and Oro coast. In 1896 the first 15 baptisms took place; by 1916 there were over 1,000 baptisms every year. Bishop Stone-Wigg was succeeded by The Rt Rev’d Gerald Sharp, The Rt Rev’d Henry Newton and The Rt Rev’d Philip Strong. Newton started building a new concrete cathedral at Dogura (pictured above), which was dedicated to Saints Peter and Paul by Bishop Strong in 1939.

During World War II, Bishop Strong told his staff to stay at their posts. In July 1942 the Japanese landed at Gona, and among those who lost their lives were Anglican priests, teachers, nurses and evangelists. We remember them as PNG’s Martyrs on 2 September each year. Tragedy struck again in 1951 when Mt Lamington erupted on 21 January, killing nearly 4,000 people including many attending a Diocesan Synod at Sangara. 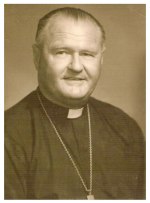 Inspired by the Martyrs, The Rev’d David Hand offered himself to work in Papua New Guinea. In 1963 he became Bishop of New Guinea and evangelised parts of the highlands and New Britain. Anglican parishes were also started in all main towns. At this time New Guinea was part of Australia’s Diocese of Queensland, but in 1977 Papua New Guinea’s Anglicans became an autonomous Province within the Anglican Communion called the Anglican Church of Papua New Guinea (ACPNG). Five new dioceses were created – Aipo Rongo, Dogura, New Guinea Islands, Popondota and Port Moresby. Bishop David was Bishop of Port Moresby as well as being Archbishop of the Province. 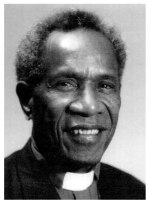