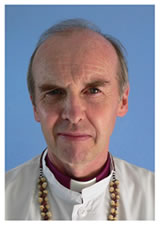 Originally from The Wirral, Peter read Geography at UCL and was trained for ordination at the College of the Resurrection, Mirfield. He is married to Sue, a landscape architect, and they have two grown up sons, Nicholas and Stephen. After two curacies in Durham Diocese Peter and Sue moved to Papua New Guinea where they served three postings in Aipo Rongo Diocese. This period included a two year break to study for an MA in Theology at Leeds University, during which time Peter was Priest in Charge of Micklefield in York Diocese. He was Vicar of St Bartholomew’s Long Benton in Newcastle Diocese for ten years until his election as Bishop of Port Moresby in 2007. Bishop Peter and Sue returned to England in 2014. He is an Honorary Assistant Bishop in the Carlisle Diocese. 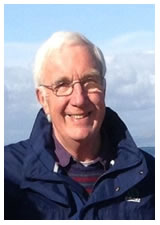 A Yorkshireman who has spent more than half his life in Scotland, John Rea is Papua New Guinea Church Partnership’s Vice Chair. He worked mainly in the charity sector, developing and managing a number of pioneering services for children and families with special needs, finally helping create a children’s hospice service for Scotland. John has also worked in a number of international roles within the Anglican Communion for the last twenty five years. Both he and his head-teacher wife, Della, had earlier a number of volunteer roles overseas before they took early retirement to work as PNGCP-recruited mission volunteers with the Anglican Church of Papua New Guinea. From 2003 to late-2006 they shared a national development role with ACPNG, which included: educational development; communications; capacity-building for leaders; income-generation and fundraising; and initiating a Province-wide HIV & AIDS strategy for the Church. 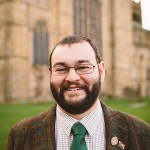 Ed studied theology independently at St John’s College, Nottingham and then after selection trained at Cranmer Hall, Durham, including two periods overseas in PNG. Presently, Ed is serving his curacy with the Diocese of Derby.

Simon first visited PNG in 2013, travelling to Simbai after being inspired by his father Michael.  Michael went to PNG with VSO in 1960-61, living and working in Simbai alongside Peter & Olive Robin.  His fascinating year was eventually written up in a book ‘New Guinea Venture’. When Simon discovered that Simbai hosted an annual Kalam Culture Festival, he decided to visit with three friends and a stack of photos printed from his father’s old slides.  A follow up visit in 2017 was a double return, with both Simon and Michael, and his mother Rosalie, back in Simbai for an unforgettable journey.  Simon works in London on healthcare software. 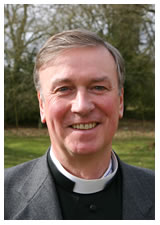 Bishop Jonathan Meyrick is the Suffragan Bishop of Lynn in Norwich Diocese where, amongst other things, he looks after the Diocesan link with the Anglican Church in Papua New Guinea which goes back to late 1960s – the then bishop of Popondota Diocese, and subsequently the first Archbishop of ACPNG, David Hand, was a son of a Norfolk Vicar and grew up in Rural West Norfolk. Jonathan has been involved with a number of Diocesan links over his ministry, and has made visits to Papua New Guinea in 2012, 2013 and 2015. A chartered certified accountant living in Carlisle, David Robin has family and personal links with Papua New Guinea. His father, Peter Robin, went to PNG in 1954, working as priest in Simbai, then Koinambe, then Anglican Chaplain at Balob College, Lae (the teacher-training college jointly run by the Lutheran and Anglican Churches). David’s mother, Olive, went to PNG as a missionary nurse in 1956, helping establish the Anglican Health Centre in Koinambe. The couple met there and then got married at Movi. David and his two sisters were all born and lived in PNG until the family left in 1974. Bishop David Hand subsequently invited Fr Peter back to help with the PNG Anglican Church’s Centenary celebrations. 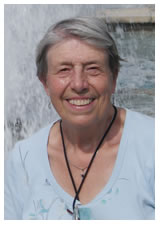 Janet went to PNG as what she would describe as a ‘freelance missionary’ in the late 1960s with The Anglican Mission. What was intended as a three weeks stay turned into three years! She spent two of those years teaching at Agenehambo Primary School and the third being one of the two first women teachers at Martyrs Memorial School. Since her return to the UK she has been a supporter of PNGCP.

A chartered accountant living in Berkshire, Gill first went to PNG with VSO and worked at Koinambe in the Jimi Valley in 1967-8. After a varied career in financial management and development in the private sector, which included overseas assignments in Turkey and Puerto Rico, she took early retirement to return to serve as ACPNG’s Finance Director from 2008-11. Based in the Anglican National Office in Lae, the audit and staff/systems development gave her the opportunity to travel widely throughout the Anglican Province. 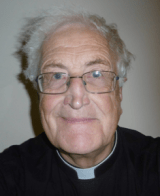 Barrie Slatter is a retired parish priest and a Chartered Surveyor. His connection to PNG arose from Olive Robin being an old girl of St Felix School of which his wife, Susan, was Chaplain. On her retirement Susan suggested they visited St Felix School, Koinambe. On this visit they were asked if they could help with the building of a new church. In their five subsequent visits to PNG they have been involved with the construction of new churches at Koinambe, Kwima and Dega and are currently working on another four at stages varying from early planning to near completion.

Registered in England and Wales with the Charity Commission as a Charitable Incorporated Organisation (no. 1178290).